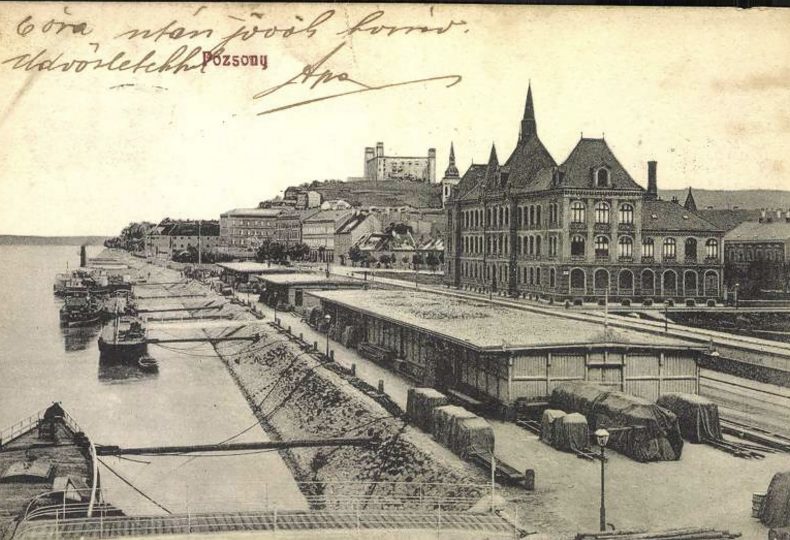 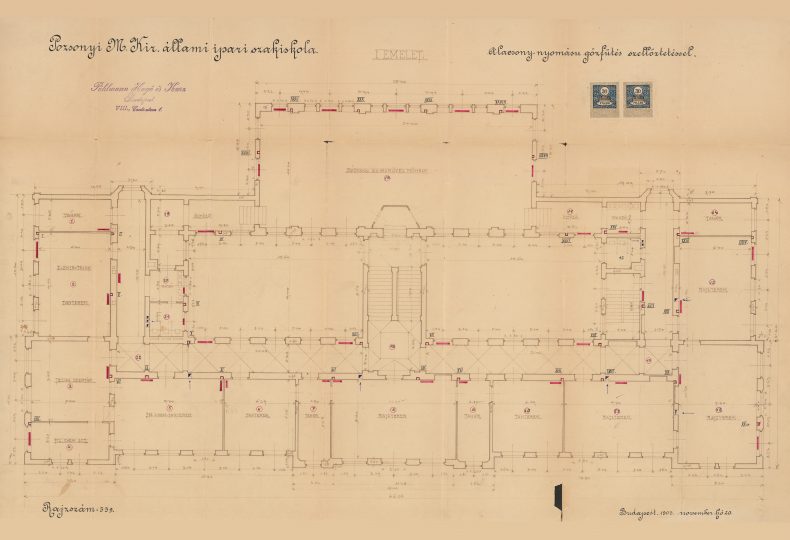 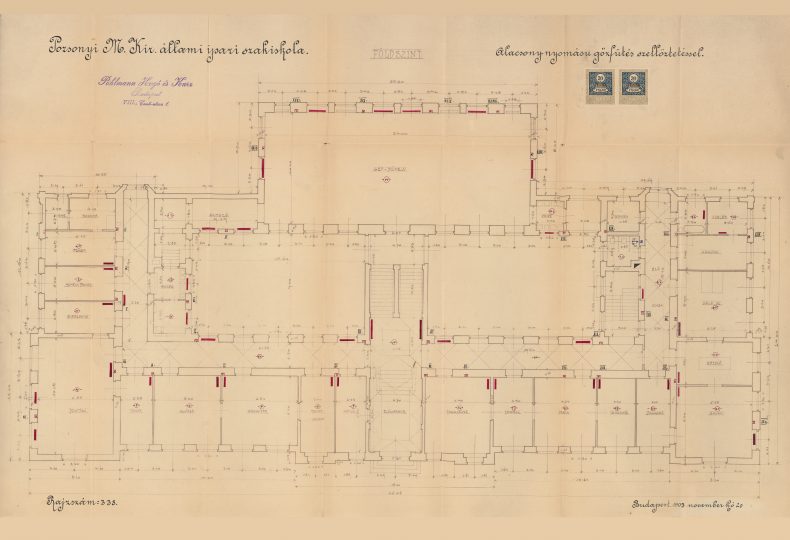 Gyula Kolbenheyer (1851-1918) was a Hungarian architect and painter originally from Igló, now Spišská Nová Ves in eastern Slovakia. He eventually moved to Budapest, where he worked as a professor and was appointed the first director at a newly-opened upper-level civil engineering vocational school. He was considered an expert in the design of educational institutions, where in addition to architecture he also provided critical commentary to the trade press.

Pressburg’s technical school was designed to be a compact symmetrical structure with an ingeniously designed floor plan.  There was a courtyard situated in the center with the main staircase dividing it into two equal parts.  A single-loaded corridor winds around the perimeter of the courtyard with the classrooms overlooking the street, while the corridor faces the inner courtyards. In addition to standard classrooms, the school also had generously dimensioned workshops specialized for locksmith and metal foundry work. The expression architecturally was in line with prevalent architecture in early 20th century Hungary, combining historical motifs and folk ornamentation into artistically demanding compositions. Ceramic tiling and unplastered brick were likewise considered authentic in such a context. Kolbenheyer incorporated a brick motif in an outline reminiscent of a Renaissance palace. The sculptural composition and different color tones for the ceramic elements emphasize the building’s vertical articulation and additionally provide an imaginative ornamentation of the façades.

Two side wings, whose façades have no ornamentation, were added to the original building in 1921 and at the same time the courtyard was walled off. The design was produced by the public works department of post-war Bratislava and they turned out to be surprisingly harmonious with the original building.