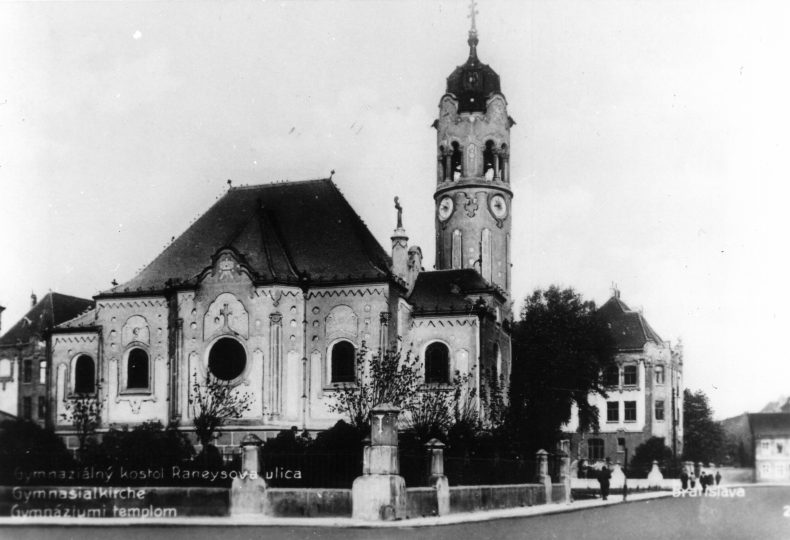 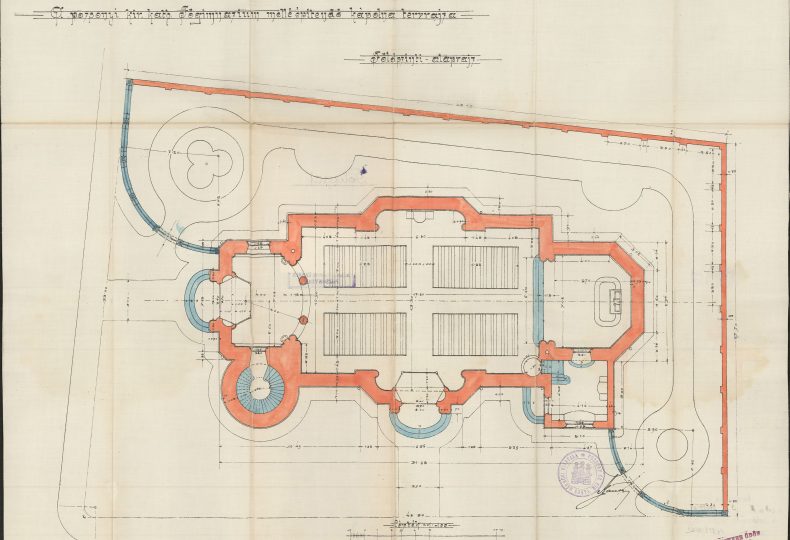 The Church of St. Elizabeth and the neighboring grammar school are the culmination of the extensive architectural creative work by Ödön Lechner (1845–1914) and equally the most important example of the Hungarian Secession movement found in Bratislava.

Architecture in Hungary at the turn of the 20th century tended to be influenced by its celebration in 1896 of the millennial anniversary of Magyar settlement and the idea of a united Hungarian nation. Efforts to identify the original sources of the Kingdom of Hungary and of Hungarian national culture played a key role in this tendency. Such sources were considered to have originated in East Asian and Indian motifs associated with the original homeland of the nomadic Huns. However, traditional folk art from Transylvania, in the eastern part of the kingdom, also played a role. This national mythology was reflected in period architecture, especially in specific organic ornamentation and also in the layout of spaces. Ödön Lechner’s designs combined these influences into contemporary expressions of Art Nouveau to produce unconventional architecture with a rational spatial foundation, rich colors and a specific sculptural ornamentation bringing together floral motifs and Romanesque elements.

The Church of St. Elizabeth was originally a chapel for the adjacent grammar school. A longitudinal nave topped by a deep apse provides the base for its spatial concept. The nave widens on both sides into shallow, rounded niches, with one of them serving as a side entrance into the church. The main entrance is a part of the asymmetrical façade, which includes a tall oval tower. To a certain extent, the coloring and ornamental decoration of the church constituted a response to the neighboring grammar school building. But Lechner used here a much richer embellishment that told a story taken from the life of St. Elizabeth of Hungary and is associated with roses. This can be seen in the rose blossoms appearing in various degrees of stylization both on the façade and in the church’s interior furnishings. Yet the specific nature of the building is mainly evident in the blue glazed ceramic tiles and matching glazed ceramic roofing slates. It was this material that conditioned the subsequent repainting of the façade in shades of blue and later led to the building’s nickname of “Blue Church”.

Ödön Lechner died just six months after the church was consecrated.  There is a story of construction workers in Budapest laying down their tools for five minutes during his funeral in a moment of silence for this major architect.

Source of illustrations:
Archive of the Department of Architecture, Institute of History of the Slovak Academy of Sciences, Bratislava City Archives.